The leadership of a company says a lot about the organization. At EcoStyle Chauffeured Transportation, we pride ourselves on having a strong leadership team with values that are established throughout the company. Get to know some of our company leaders below, and learn more about how EcoStyle can help your organization. Contact us online or call our office at (919) 890-3839 for more information. 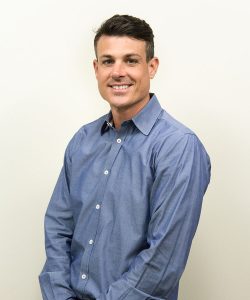 Brock Pittman founded Royal Parking in October of 2000. What began as a small company with one account grew over 70 accounts in four states and Washington, D.C. In 2010, Brock built on the company’s success as he partnered with Scott Tyler to found EcoStyle, an innovative solution to corporate transportation.

Brock’s focus on excellent customer service and building great business relationships has paved the way for the success of Royal Parking and EcoStyle. While attending N.C. State’s college of business management in 1999, Brock worked as a valet at a national company, where he was recognized for his initiative. That college job turned into a lifelong passion, as Brock used his ideas and entrepreneurial spirit to build his own valet and parking management company and to expand on that vision with the launch of EcoStyle.

Brock, a Charlotte native, currently resides in Raleigh with his wife, Danielle, and their two children, Stella and Finn.

A former major league baseball player, Scott Tyler joined Royal Parking in 2008 as Director of Hotel Operations. After two years in this position, he approached Royal Parking owner Brock Pittman with the idea for EcoStyle, an executive chauffeur company. The two joined forces in 2010 to found the company, which has since become the Triangle’s leading provider of corporate transportation.

Born in Philadelphia, Scott now resides in Apex with his wife, Cassie, and their two children, Cannon & Colton. He attended Campbell University, where he graduated with a bachelor’s degree in business administration, with a concentration in management.