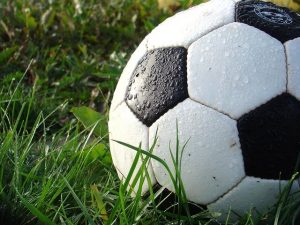 The proposed soccer stadium for downtown Raleigh still has a long way to become a reality, but the first steps of purchasing land in the proposed south Raleigh area has begun. Steve Malik (owner of the North Carolina Football Club), John Kane (Kane Realty), and Billie Redmond of TradeMark Properties announced the initial purchase of 88 acres for $19.6 million. This purchase provides over half of the acres needed (130 in total) for the project planned. The remaining 44.5 acres of land is planned to be purchased in 2020 from seller Alice Penny.

The development, coined the Downtown South Development, plans to create a mixed-use entertainment destination that will include a 20,000-seat stadium, which will double as an entertainment/event venue.

There are also plans to create an additional 125,000 square feet of retail space, 1.6 million square feet of office space, 1,200 hotel rooms, 1,750 residential units (apartments, condominiums, and townhouses) and the rest of the area would be used as public outdoor area full of green space. The proposed development is supposed to cost upwards of $1.9 billion and create over 6,000 jobs.

As John Kane states, “We have always envisioned this project as a place that’s active 24 hours a day, seven days a week.”

The location of this project is just north off the 440 beltline and south of Martin Luther King Blvd. 77 acres from the recent purchase of 88 acres was located west of South Saunders Street and is split across both sides of the I-40 beltline. The other 11 acres were purchased along South Wilmington Street just north of Interstate 40.

The initial plans of the Raleigh Soccer Stadium were to lure a team from the MLS expansion. But those prospects are now uncertain with the recent announcement that MLS has awarded Charlotte their 30th team. MLS has not commented on any further expansion of the league.

Despite these recent events, the development in south Raleigh appears to be moving forward. In the past, Steve Malik has indicated that the Downtown South Development is not contingent on an MLS expansion team.  And recently Malik stated, “While soccer remains part of the plan for the Downtown South project, it is just one component of the development that is poised to bring a world-class destination and city experience.”

So, it is believed that that the stadium is still a part of the development plan with its focus being used for the National Women’s Soccer League and the United Soccer League, both of which have teams in Raleigh that currently play at WakeMed Soccer Park in Cary, NC. It is important to note that Steve Malik is the current owner of both the North Carolina FC in the USL and the North Carolina Courage in the NWSL.

Along with the soccer events, the stadium hopes to become an entertainment complex and host things like concerts, festivals and other large-scale events.